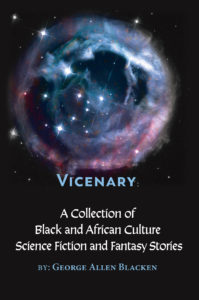 In the Variances of the Cosmos, there are infinite possibilities. One decision can change everything. The actions of a single person truly make a difference.  Heroes come in all forms, races, and cultures. Africans and African Americans are not exceptions to this. This collection of twenty brand new science fiction and fantasy stories presents thought provoking themes, dramatic plots, and heart penetrating words that are both relevant and entertaining for any culture. These stories are crafted for fans of urban, fantasy, supernatural, dystopian, superhero, space opera, and robot fiction. What is your story? 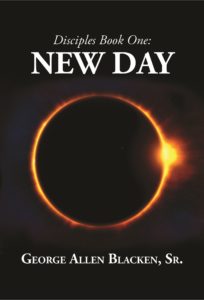 Through science and sorcery, the rich and elite of humanity have gained immortality and special abilities, transforming themselves into a pantheon of self-proclaimed gods. They rule the Earth from their city on the moon. All religions on Earth have been outlawed and those who still practice religious beliefs other than worshipping them are considered outlaws called disciples. Follow the adventures of the Redmon family, a single father trying to raise and protect his three children, while on the run from the law. Further complicating matters, Jerry Redmon, the middle child, is in his early teenage years trying to reconcile his true identity with an undercover identity with the constant risks of being discovered and having danger all around him each day.  Both pocket book and e-book versions will be available.